Details matter. Or lack of. And that’s what bothered Bailey Ventura most about the phone message she’d received regarding her fiancé, Carter Davis—Carter has had a little accident. Please come to Las Vegas. But since it was Twinkie, Carter’s sister who had left the message, Bailey refrained from freaking out. Twinkie was a showgirl, after all, prone to theatrics, and Bailey thought it best she gather a little more information about this so-called accident before she dropped everything to go be by her man’s side. Carter was tough, Security Guy tough, and it would take more than a little accident to put him down. But after attempting, and failing, to reach Twinkie for more details, hopping a plane out of Seattle to Las Vegas seemed the right thing to do. By the time she arrived at Carter’s room, her imagination had run wild for approximately seven hours. And for good reason. When she finally found Carter, he was laid up in some strange hotel room in a Queen-sized bed, looking like Vegas had gotten the better of him. 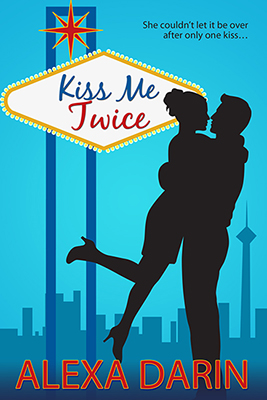 “Amnesia? What do you mean, amnesia?” Bailey asked Twinkie when she got over the shock of seeing Carter’s handsome face all bruised and badly sunburned.

“Shh,” Twinkie said. She put a finger to her lips and pulled Bailey off to one corner of the room, where they wouldn’t disturb Carter. He was eyes closed and not looking like he should be woken up anytime soon. “Not to worry,” Twinkie added. “The doctor says it’s nothing that a good week of rest won’t fix.”

“You told me Carter had a little accident. Little!” Bailey said, her voice a fierce whisper. “I was thinking fender bender. Or…or anything but this! He looks like he should be intubated!” She flung a hand in the direction of Carter’s bed. “You could have warned me.”

Two small, vertical lines appeared at the bridge of Twinkie’s nose. “I know. I should have told you, but I didn’t think you’d want to hear this kind of news over the phone.” She winced. “I’m sorry. You and Carter will have to reschedule your wedding.”

Bailey sucked in a breath as visions of melted ice and spoiled food ran through her mind. This was a disaster. Of all the things she’d been thinking could go wrong before their wedding, Carter losing his memory wasn’t even on her radar.

Why? she wondered. In just three more days, she and Carter would have been married. Why couldn’t he have waited another week before getting himself into trouble? Or how about never!

She took a moment to gather herself. “Are you sure about this? Who’s his doctor? Somebody with a license, I hope.” She glanced over at Carter to make sure his IV was properly hooked up. It was. She shook her head. “I can’t believe this is happening.”

“I know,” Twinkie said. “And, yes, his doctor has a license…but you might want to sit down,” she added. She looked pained, like she’d eaten a squid.

Bailey felt the breath leave her lungs. The last thing she wanted was to have one of those you might want to sit down conversations. Besides, they weren’t alone. A side chair over by the window was occupied by some dark-haired beauty that Bailey had never met. That was okay. Twinkie was upset about Carter, and introductions could come later. And, too, the woman was currently slouched in the chair, fast asleep. Or perhaps just pretending to be asleep.

Twinkie clasped her hands before her and knotted her fingers together. “It’s encouraging, actually…just a couple of things. Carter doesn’t remember that you and he are supposed to be getting married.” She laughed lightly. “Which, I’m sure is no big deal, because as soon as he remembers you, your wedding will be back on.”

“God,” Bailey said. She felt like she’d been punched.

Return to Kiss Me Twice